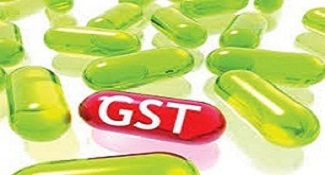 Healthcare and educational services have been exempted from the purview of the Goods and Services Tax (GST). The decision was taken in a meeting of GST Council led by Finance Minister Arun Jaitley in which the tax bracket for gold was not finalised.Kerala Finance Minister  Thomas Isaac said while “luxury services” would attract the highest rate of 28 per cent, health and education services would be exempt categories.

“There is no increase in taxes of the items considered today. In fact, for many of them, taxes have come down,” Jaitley told reporters. A decision was taken to apply the same four tax rate slabs for services and goods.

Jaitley said that the overall basket of taxes will see a reduction. He hoped for greater tax buoyancy because of greater efficiency and less tax evasion.

In a major measure of support to industry, the rate for capital goods, as well as industrial and intermediate items have been set at 18 per cent.

NOTHING ON GOLD YET

Kerala Finance Minister Thomas Isaac said that no consensus could be reached on the rate to apply on gold, and that the next meeting of the GST Council has been fixed for June 4.

“We could not come to a decision in this meeting on the rate to apply on gold,” Issac said.

“Services, which are at currently taxed 15 per cent will be fitted into the 18 per cent bracket. However, services will get the benefit of input tax credit for the goods used, so real incidence of taxation will be lower than the headline rate,” Isaac added.

“Telecom services would continue to be taxed at the same rates of the past. Not in a single case has there been an increase in taxes from before,” he added.

Economy class air travel will attract 5 per cent GST while the figure will be 12 per cent for business class .

Five per cent GST will be levied on cab aggregators like Ola and Uber.

E-commerce players like Flipkart, Snapdeal will have to deduct 1 per cent TCS (tax collected at source) while making payments to suppliers, he said.

The Goods and Services Tax Council broadly agreed on 4 tax brackets for services (5%, 12%, 18% and 28%), though they are yet to decide on a tax bracket for gold.

Finance minister Arun Jaitley, at a presser in Srinagar, listed out the details, which were:

2) Transport services (Railways, air transport) will be under the 5% category category because their main input is petroleum, which is outside GST ambit.
3) Service tax on non-AC hotels will 12%, on AC hotels that serve liquor will be 18%. Higher tax rate for luxury hotels.

7) E-commerce players to deduct 1% tax at source before paying suppliers. E-retailers such as Flipkart and Snapdeal to pay GST.

10) Healthcare and education have been exempted from the service list….