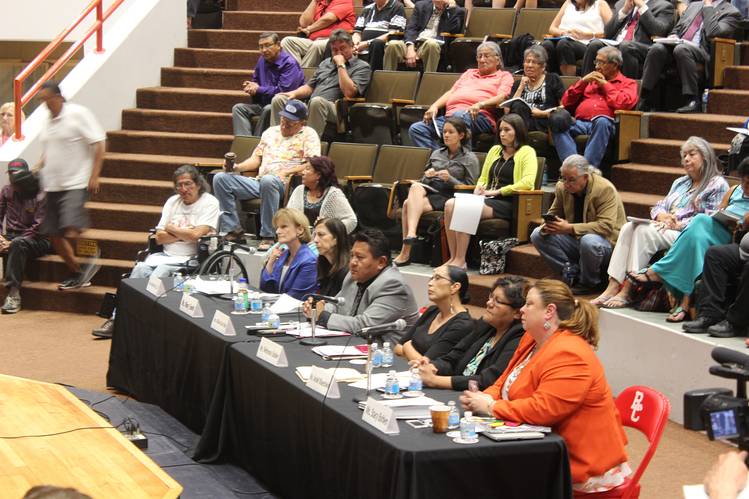 Needless patient suffering, fatal delays in medical treatment and retaliation against whistleblowers. These are among the well-publicized failures investigators found at hospitals run by the Department of Veterans Affairs. Yet they are also the shameful hallmarks of another federal health-care system: the Indian Health Service.

Part of the Department of Health and Human Services, the Indian Health Service is required by treaty to deliver health care to Native Americans around the country, with more than two million depending on this federal agency. Unfortunately, it appears to be failing. Tribal members have told the Senate Committee on Indian Affairs about alarming conditions at hospitals run by the IHS. During the committee’s investigation, which began last summer, we have heard accounts of nurses unable to administer basic drugs, broken emergency-resuscitation equipment, unsanitary medical facilities, and seriously ill children being misdiagnosed.

The heartbreaking story of 45-year-old Debra Free provides one example. The Winnebago tribal member was a patient at an IHS hospital in Nebraska in 2011. Overmedicated and unsupervised, she became dizzy and fell out of bed. Ms. Free died a few hours later. An incident like this never should have happened, and nothing can make up for the loss, suffering and injustice that her family has endured.

Ms. Free’s sister, a nurse at the facility, demanded answers. Rather than help, hospital staff retaliated by reporting her to the state board of nursing, which found the accusations against her baseless. “For years we have trusted the IHS to do its job,” Debra’s niece told our committee at an oversight hearing in February. “Over and over again, the IHS has failed.”

The situation has gotten so bad that inspectors from the Centers for Medicare and Medicaid Services have issued multiple Statements of Deficiencies over the past few years identifying four IHS hospitals in the Great Plains that are putting patients in “immediate jeopardy.” Our investigators have found evidence that the IHS, like the VA, maintains a culture of cronyism and corruption. Many staff members collect government paychecks without fear of accountability.

Tribal leaders have written to the Department of Health and Human Services identifying underperforming supervisors and upper-level management personnel who deserve firing. Our committee’s investigation found no sign that these employees were terminated. Instead, poorly performing employees are transferred to other facilities and, in some cases, even given pay raises and promotions with no record of bad performance ending up in their work file.

Quality health care for Native Americans will require a culture change at the agency—from the leadership in Washington down to hospital staff in the field. Simply sending more money to IHS is not a solution, and it ignores the magnitude of the problems. According to HHS, Indian Health Service funding has grown by 43% since 2008. Some IHS hospitals in the Great Plains Area—which includes Iowa, Nebraska, North Dakota and South Dakota—actually had money left over at the end of the last fiscal year, and chose not to spend it on patient care.

Tribes urgently seek accountability from the IHS. This should include mandatory reporting for patient-safety violations and cases of alleged retaliation against patients and whistleblowing employees. Partly because the federal hiring process is so cumbersome, it can take a year to fill staff vacancies. Firing a poor performer can take even longer, and requires an enormous amount of paperwork and documentation.

Hospitals make do by using temporary and costly doctors and nurses who may leave after only a few weeks. This is unacceptable. Where there are vacancies, hospitals should be required to fill them with permanent, quality providers. And they should be allowed to do so without months of wasteful bureaucratic delays.

The IHS employs many good people. They work under difficult conditions to deliver care in some of the poorest and most remote areas of the U.S. Although its employees deserve support and assistance, the agency has lacked competent and accountable leadership for far too long.

Because the IHS can no longer be a place where inept, entrenched employees come first and patients come last, we have introduced the IHS Accountability Act of 2016. Our bill improves transparency, makes it easier to fill jobs and reward good workers. It also eliminates barriers to disciplining or firing problem employees. The legislation requires Health and Human Services to increase its oversight of the IHS, including taking more responsibility for investigating patient deaths. It also improves protections for employees who report patient safety concerns.

The IHS’s neglect of these Americans is appalling. No one should be treated like Debra Free and her family. They deserved better, and so do all tribal citizens