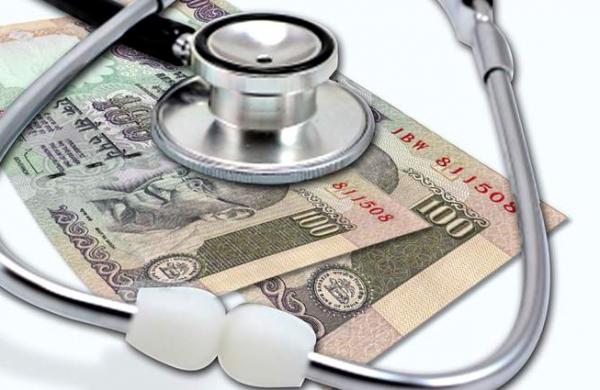 At a Medical College, 185 seats went vacant towards the last round of admissions, all of which got filled last month. Each seat was sold for as much as Rs 50 to 65 lakh.

Raids by Income Tax department officials at Medical college could draw more probes by other central agencies, now that it has set off questions about the quality of admissions in all deemed universities.

The I-T department plans to alert the regional economic intelligence agencies’ committee on this, after allegedly signed a confession statement admitting to the way in which they used agents to fill medical seats in their colleges at exorbitant rates.

The modus operandi was simple — get students with high NEET ranks to select seats in the college, hold these selected seats until all rounds of seat-selection (first, second and mop-up rounds) were completed. Once that was done, they would be encouraged to give up their MBBS seats in the private university, so that these seats would be vested back with the management to be filled with students of their choice.

However, later, when many of these students dropped out, students with as low rank as 5 lakh or 8 lakh-plus were able to get into the  Medical College. This was possible because the proxy students, who got admitted initially and backed out, ended up creating a huge vacancy in the college. These were then filled with students of low-merit who had already booked their seats through touts, aware of the impending vacancies.

“We first noticed there were social media messages about easy medical admissions. When we probed the admissions in this college, we noticed a pattern where a majority of these 185 students were from the same coaching centre or affiliated centres in Kota, Rajasthan. That set us off on this modus operandi. Some of these students were already studying in government medical colleges in Rajasthan, some were in second or third year of their course. They had no reason to take admission in this college — they did it solely for the purpose of dropping out later,” said R Ravichandran, Principal Director of Income tax (Investigations).

He said at the  Medical College, another deemed university in Kolar that was raided, about 30-plus such admissions were noticed. has allegedly admitted to having used agents to find students who are willing to pay huge fees for their seats, while also enlisting top-ranking students who would be willing to take admission and then back out at the last minute.

“We had sent an officer as a decoy to this college to seek admission. It was only after our suspicions were confirmed, that the raids were conducted,” said Ravichandran.

Nearly Rs 5 crore in cash has been seized during the raids on  group of institutions, while evidence of another Rs 5 crore in deposits in the names of employees has been collected (seen as undisclosed amounts).

However, this is only what was recovered from the proceeds of this year’s admission scam. Incriminating documents about the racket being underway over the last three years have been found during search operations.

Officers found documents stashed in an empty room in the girls’ hostel which is currently being probed for possible irregularities over the last three years (2016, 2017, and 2018). NEET was conducted for the first time in 2016.

Another senior officer who spoke on condition of anonymity told News18 that if merit rules of NEET can be by-passed so easily, it raises serious questions on the quality of doctors who are produced by these universities.

“There are costs for everything — admission, attendance, even for not passing an exam. That is the job for other regulatory bodies like the Health University or the Medical Council to take up,” he said.

Misuse of the NEET process would probably merit a probe by other central intelligence agencies like the CBI and that is being mulled.

All the universities which saw a large number candidates dropping out in the last leg of admissions are suspect. In fact, probe agencies may now start tracking down all admissions made in deemed universities that were later withdrawn for whatever reason and candidates with low ranks filled them in.