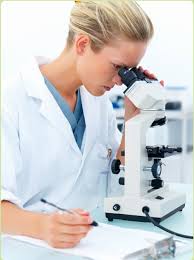 “Feed a cold, starve a fever,” so the saying goes. The results of a new study, however, suggest that “treat a cold, starve cancer cells” might be a more appropriate motto.

Researchers found that a medication used to ease symptoms of the common cold — called N-Acetylcysteine (NAC) — could also help to prevent the growth of cancer cells by depriving them of proteins that are important for their survival.

Study co-author Prof. Federica Sotgia, of the School of Environment and Life Sciences at the University of Salford in the United Kingdom, and colleagues recently reported their findings in the journal Seminars in Oncology.

Cancer remains one of the biggest health challenges of our time. In the United States, more than 1.6 million new cancer cases were diagnosed last year.

In terms of cancer treatment, we have come a long way over recent years. This is reflected in death rates from the disease, which fell by 13 percent between 2004 and 2013.

Still, cancer continues to the take the lives of more than half a million people in the U.S. every year, highlighting the need for new, more effective therapies.

Prof. Sotgia and colleagues hope that their new research will bring us closer to such treatments, after discovering how NAC could help to halt the spread of cancer cells.

NAC — sometimes referred to as acetylcysteine — is an over-the-counter medication and dietary supplement commonly used to help alleviate some cold and flu symptoms, such as coughing, wheezing, and thick mucus.

NAC may also be used in the treatment of acetaminophen overdose, cystic fibrosis, and chronic obstructive pulmonary disease.

The medication also has antioxidant properties. This means that it has the ability to reduce cell damage caused by oxidative stress, which is an imbalance between potentially harmful reactive oxygen species and levels of detoxifying molecules.