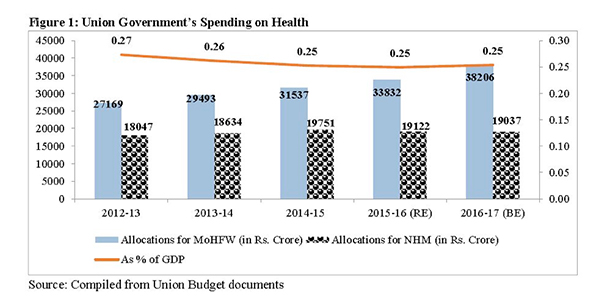 Budget 2017: Number of measures in healthcare but not huge in net impact

What he did not say is the plan of action and how it will be done.
Many, like Sangita Reddy , joint managing director, Apollo Hospitals Enterprise, saw the move to ensure 1.5 lakh health sub-centres (primary health centres ) be transformed into health wellness centres (and looking at overall health) as a very good move. However, there are many others who are not clear how it will be done. Most important, if the budget allocation is broken down into various components, many felt, it does not seem like there is a huge allocation for this.
Many also liked the announcement on dealing with the skill availability in the form of specialist doctors but again the quantum is too small for a country of India’s size given that the finance minister said the move was to ensure adequate availability of specialist doctors to strengthen secondary and tertiary levels of healthcare.
The additional 5,000 post graduate seats per annum and steps to all DNB courses to be allowed in big district hospitals. Also, to encourage reputed private hospitals to start DNB courses, is found to be positive but not hugely impactful with the numbers for a country of a billion plus people. This is despite, he having also said the government “is also committed to take necessary steps for structural transformation of the regulatory framework of the medical education and practise in India.”

For the poor and underprivilege health care